In this article, we will explore that region of France to the north west of  Paris, the area known as Normandy. This area of France is well known for a number of reasons and is definitely worth a visit. Here are eight reasons you should go:

Its pasture land, rolling green fields surrounded by hedges, often contains dairy cattle for this is predominantly an agricultural area. It exports dairy products such as butter, cream and various cheeses for which it is famous. If not cattle, then you may see race horses, or flax or apple orchards. Normandy is also noted for the production of apple cider and of calvados (apple brandy).Horse breeding is very important here and one can visit Haras du Pin or many other breeding estates – or perhaps, a race itself.

Here one can visit both American and Canadian war memorials and cemeteries. Many Americans visit the Omaha Beach War Memorial and the Caen War Memorial. Visiting Bayeux you can both see the first town liberated by the Allies in the Second World War, and also the 11th century Bayeaux Tapestry, telling the story of William the Conqueror in embroidered cloth.

The Caen Museum we have mentioned but there are also the Benedictine Palace and Museum in Dieppe, the American Art Museum in Giverny, and the Fine Arts and Lace Museum in Alencon to name a few.

4. Giverny and Monet’s Home and Gardens.

What trip to France is complete without a trip to these beautiful gardens made familiar in the paintings of Claude Monet. He attracted a colony of painters to this village. This is a popular day trip from Paris.

Visit Rouen, where Joan of Arc died; the coastal town of Honfleur, a cruise port of call and picturesque with its half timbered houses; Deauville, a resort destination of spas, casinos , polo fields and other signifiers of a rich citizenry; Trouville, a scenic fishing town; and Le Havre a major port dominated by the Eglise St-Joseph finished in 1959.

France’s answer to the cliffs of Dover, the white cliffs of L’Etretat are magnificent to see and photograph.

This “island” is home to the Abbey of the same name and town. It is a world famous landmark, much painted, and the second most visited place in France. The abbey’s spectacular situation perched high on this tiny island reached only by a causeway from the mainland makes its profile distinctive. The Abbey is reached by climbing many steps. You can attend the daily Mass.

Because this is a farming area with a long sea coast , you get the best of both land and sea in its cuisine. Creams, butter, cheese and cider have already been mentioned. Look for apple tarts, oysters, mussels, lobster, lamb, duck, veal, and rabbit dishes. For sweets, various pastries abound, macaroons and marzipan.

So in summary,if you are visiting Paris, take a few days to explore this region. Better yet, book a river cruise before you go. Your eyes and your stomach will thank you! 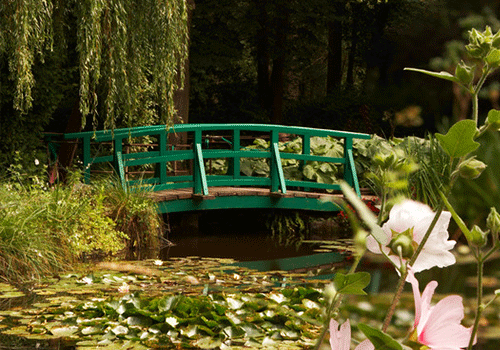 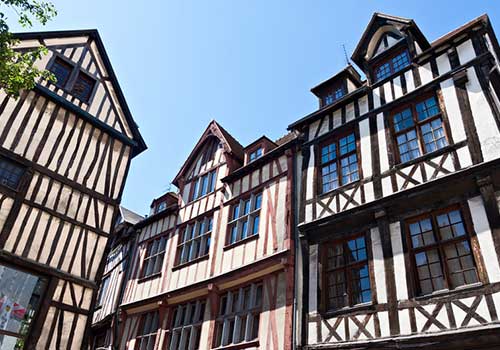 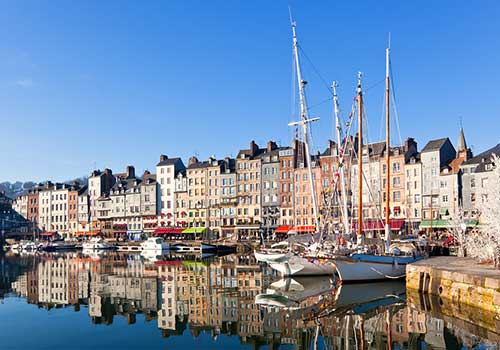 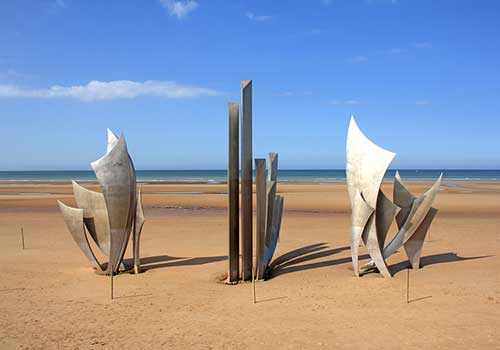 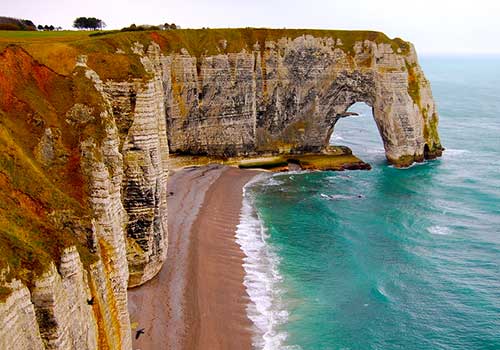